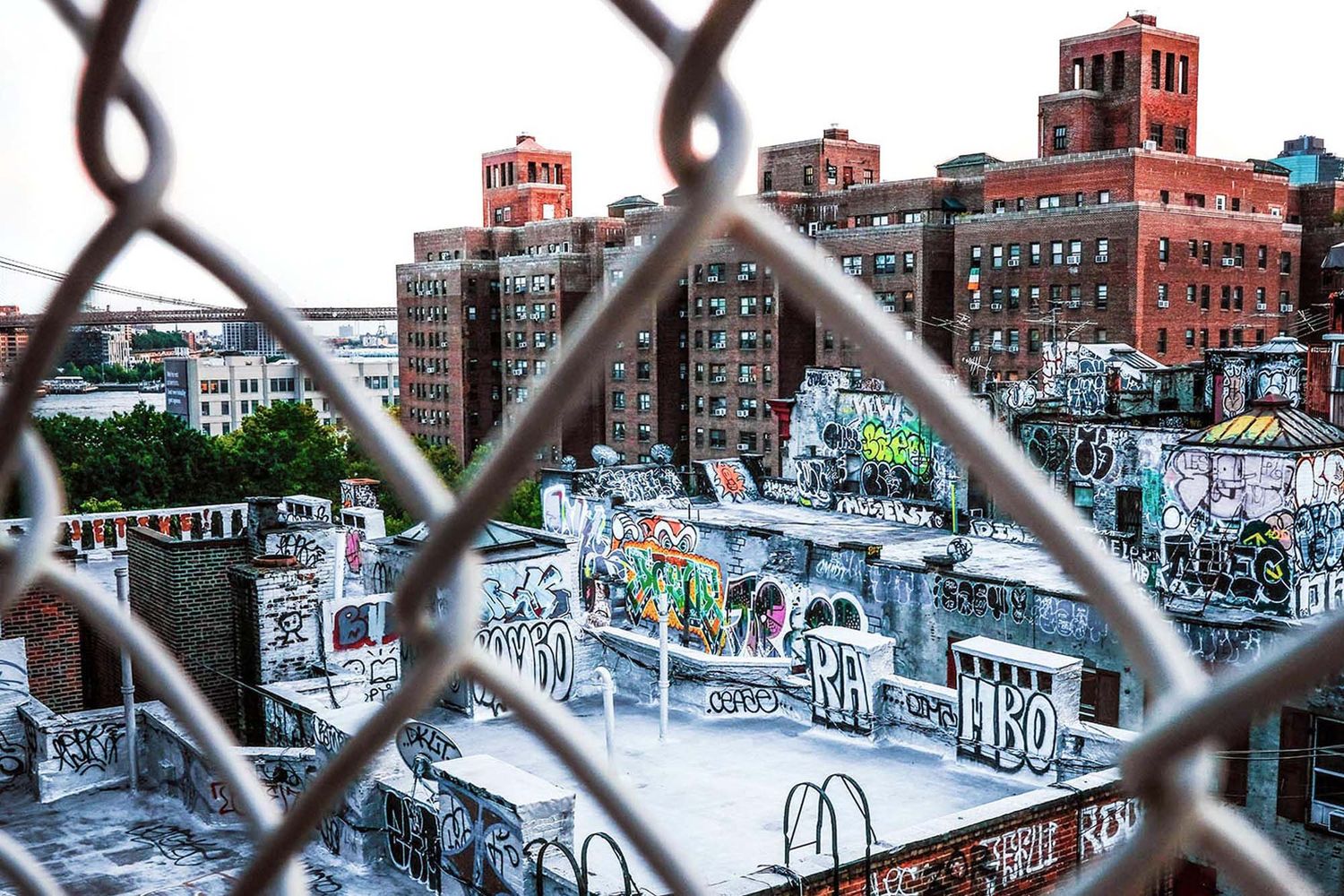 A brief history of Urban Art, from Graffiti to Street Art (2/3)

During the 80s and 90s, the Old Continent started to be passionate about the movement after the United States. Graffiti and Street Art then surge like a real shock wave, synonymous with freedom of expression and a great springboard for some artists. Let's go back to the breaking wave and the unbridled years.

Once the movement launched in the United States, it is meant to spread to Europe. Attracted by the phenomenon in New York, some French artists cross the Atlantic to better contemplate this new mode of artistic expression. This is very early for Blek le Rat (to whom Banksy refers) who goes to New York in 1971 and is surprised to see "wild artistic graffiti" as he said, "in the subways, on the walls surrounding basketball courts, graffiti drawn with markers, nervous signatures topped with a crown, spray-painted lettering, full of volutes and colors, are omnipresent". Basquiat also contributes to bring awareness through several exhibitions: in 1981 in Modena, in 1982 in Zurich, Rotterdam and Rome, in 1986 in Cologne and in 1987 in Paris... Then, under the pressure of the "graffiti hunt" during which graffiti artists are hunted down like real criminals, American artists are gradually going into exile on the Old Continent: Quik in the Netherlands, Toxic in Italy, JonOne, Futura 2000 and Seen in Paris... who will all stimulate the creativity of young graffiti artists, fed by a culture that is about to spread worldwide!

And then, the explosion!

All over Europe, artists start to get organized into crews, taking over industrial wastelands, vacant lots, abandoned buildings, and of course city walls and metros. Art seems to be more accessible to all than ever before, people just have to grab a spray can and tag their pseudonym on the walls during the night. Adrenaline shots complete the picture and photographs of their trophies are taken to immortalize them before they get erased. Self-taught artists are flourishing and artists who have just graduated from the Beaux-Arts see this as a new playground. One can find the same energy and desire for unbridled art as in the contemporary Free Figuration of Combas and Di Rosa. The walls are covered with an explosion of ephemeral creations that contrasts with the greyness of the walls of the time. Jef Aérosol paints his portraits of celebrities and anonymous people, Miss.Tic paints her stencils of female silhouettes with striking phrases and Jérôme Mesnager (who is one of the few not to have a pseudonym) multiplies his "men in white" twirling on the walls. Speedy Graphito goes so far that he even leaves his phone number next to one of his murals... and bingo! Thanks to this, he will find his first Parisian gallery (Polaris) and he will be in charge of doing the poster "La ruée vers l'art" for the French Ministry of Culture in 1985! Impertinence and insouciance are the key words of this period whose soundtrack oscillates between punk and hip-hop.

A democratization of art

The political expression is never far away and many artists want to defend an art that is socially committed. The arrival of the left political party in France in 1981 reflects a thirst for freedom that would shake up the French society and give birth to many artistic explorations. On their side, Barcelona is just freed from the yoke of Franco, Berlin sees the fall of the Berlin Wall that divided the city for 28 years and which puts an end to the Cold War, Bristol and London give birth to two "schools", and on the other side of the Atlantic begins the emergence of the Pixadores in São Paulo, tags painted with a roller. Taking possession of the street is therefore not a trivial act but a way of freeing oneself from the system, such as the galleries and the institutions that run the art world. It is therefore a phenomenon that allows people to claim freedom of expression but also to act as a real driving force for the democratization of art.

Thus, since its birth between Philadelphia, New York and Paris, the two decades of the 80s and 90s have been fundamental for the development of Urban Art. The latter will make a considerable impression on people's minds and will become a lasting part of our society. By being part of the decor in the largest cities in Europe, Urban Art has become the marker of an era before gradually becoming a legitimate segment of the contemporary art market.

Discover the part 3 of 3