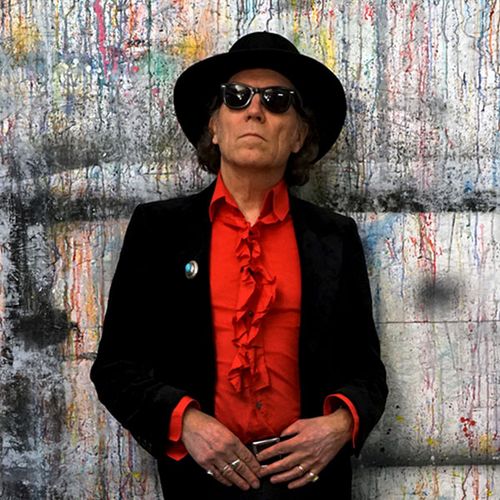 Jean-François Perroy alias JEF AÉROSOL, born in Nantes in 1957, is a French stencil artist from the first wave of "street art" in the 80s. In 1982, it is the city of Tours which has the honor to be endowed with the first stencil of the artist. He remains one of the pioneers and leaders of this ephemeral art and many younger artists claim his influence.

He often creates portraits of personalities such as Elvis Presley, Gandhi, Lennon, Hendrix, Basquiat, Amalia Rodrigues, Dylan... but a large part of his work is devoted to the anonymous people of the streets: musicians, passers-by, beggars, children whose life-size silhouettes he paints in black and white, always underlined with his famous and mysterious red arrow, the artist's second signature and "trademark".

Jef Aerosol has painted on the walls of many cities: Paris, Lille, Lyon, Nantes, Ile de Ré, Orleans, Tours, London, Lisbon, Venice, Rome, Amsterdam, Chicago, New-York, Brussels, Zurich, Beijing, Tokyo, Palermo, Dublin, Belfast, Ljubljana... He even stuck his now legendary Sitting Kid on the Great Wall of China. In November 2012, he realized a fresco on the façade of the Robert Musil Museum in Austria. His museum legitimacy was consecrated during his first personal exhibition at the Musée des Avelines but also at the Palais des Beaux-Arts in Lille. His largest stencil to date entitled "Chuuuttt!!!! "(350m2) was realized in the heart of Paris, place Stravinski, next to the Georges Pompidou Center.