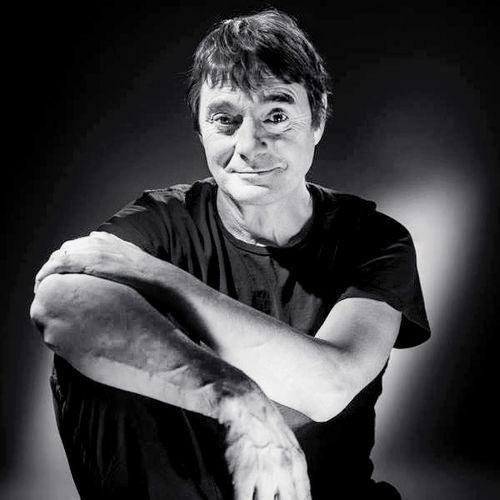 Born on 30 January 1961 in Colmar, JÉROME MESNAGER is one of the first Parisian street painters and a true pioneer of the Street Art movement in France. In 1974, he completed a training of cabinetmaker and later became a teacher. Following that, he attended to learn comic strip at the Duperré School of Applied Arts in Paris.

In 1982, he was one of the founders of Zig-Zag, a group of a dozen very young artists who decided to take over the street by drawing graffiti and also to briefly occupy disused factories for the duration of artistic performances.On 16 January 1983, he invented the Man in White, "a symbol of light, strength and peace", a white silhouette, also known as the "White Body" or the "White Man", which Jérôme Mesnager will make all over the world, from the walls of Paris to the Chinese Wall. Then in 1990, Jérôme Mesnager left his childhood home, the place where he met people, the headquarters of his associations, the studio of his first works… to move to the 20th arrondissement of Paris.

Jérôme Mesnager has often worked with Némo, whose favorite character is the black silhouette of a man wearing a raincoat and a hat. As such, he accompanied the Parisian Urban Art movement alongside Blek le rat, Miss.Tic, Jef Aérosol, SP 38, Némo, Moreje, Epsylon Point… and also the Free Figuration in the early 1980s.