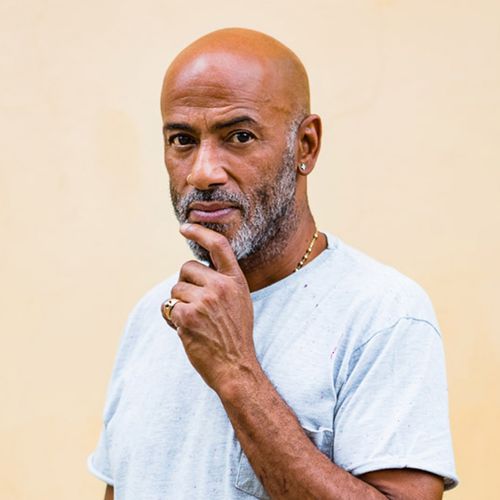 Torrick Ablack, alias TOXIC, seems to be the last man standing from the “old school.” Along with his friends, J.M Basquiat and Rammellzee, he was a founding member of the “Hollywood Africans” crew, a name which refers to the stigmatisation of African-Americans in the movie industry. This magical trio worked together on multiple pieces and each developed innovations that would influence the work of the others. He grew up in the Bronx and began to draw on the trains and the walls of New York at the age of 13, with his friends, Kool Koor and the late A-One.

He was just 17 years old when his work was exhibited for the first time at New York’s legendary Fashion Moda gallery in 1984. Subsequently, his works appeared in the collections of major museums including the Brooklyn Museum, the Groninger Museum and the Museum of the City of New York. His work has constantly evolved and now tends towards a more abstract approach while maintaining a link with his past as he continues to draw on an established visual identity.

Toxic's paintings constitute a complex and alluring universe, with crazy colors, a journey made of symbols and tags which take us back to his roots and help us understand his artistic career. The artist has a great mastery of color, he draws his floating characters with spray paint on canvas and tells their stories. His painting is a constant evolution, a progression that follows his journey as a man and as an accomplished artist. What he makes today is a discovery, what he will make tomorrow is a bet.