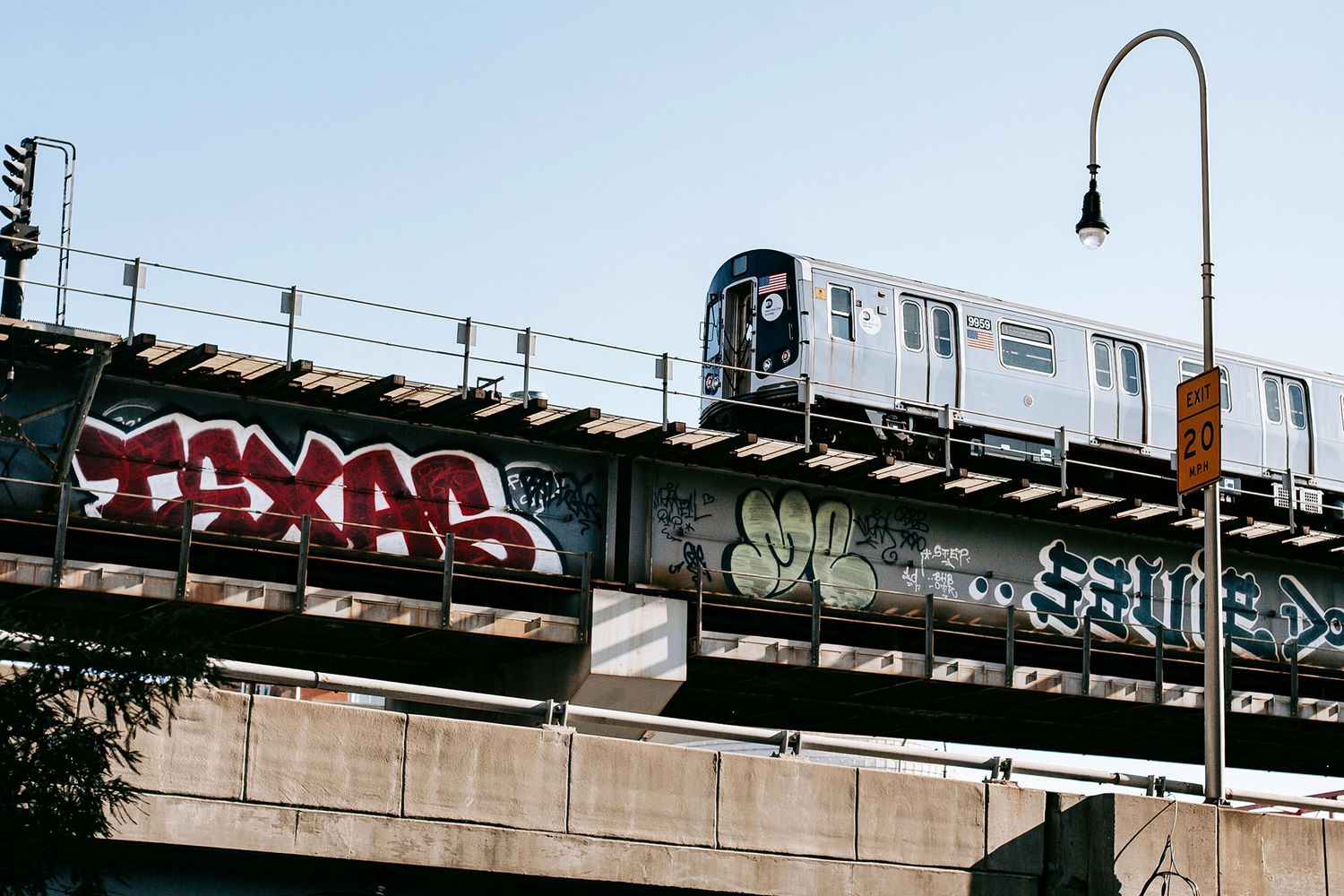 A brief history of Urban Art, from Graffiti to Street Art (1/3)

If the paternity of Street Art is shared between Philadelphia, New York and Paris, it's because on the one hand, there were cities that were shaken by an economic crisis due to a strong deindustrialization, and on the other hand, cities that were the scene of social revolts. Storming the walls has therefore often been a political act before being a purely creative one.

At the beginning, there is Graffiti

"Cornbread, World's First Writer" claims the latter who, in 1965, writes his name on the walls of Philadelphia because it is the only way to catch the attention of Cynthia, being too shy to declare his love directly. Once the lady seduced, he continues his urban adventure and puts a crown above his tag, isn't he simply the “King of the Walls” as he writes it then? A title that many compete for... The stake is to exist, to put his signature, his tag, on the walls of the city. Taki 183 will do it so much that the New York Times will devote an article to him in 1971 which will have a huge impact at that time. Tags multiply on the walls, but also on buses, trucks and especially on subways which appear to be the best way to be seen in the whole city and not only in a district. The graffiti of Seen, Dondi White or Blade cover the trains, make them famous and provoke the anger of the successive New York’s mayors who will tighten the regulations and penalties incurred for what is named as an act of vandalism. However, this will not discourage Quik, Futura 2000, Phase 2, Stay High 149 or even John Fekner, who will continue to write his sentences in the Bronx.

The influence of Haring and Basquiat

While “Writers” are adding their pseudonyms on the walls of New York, some galleries immediately grasp the artistic dimension of these interventions. In 1972, the Razor Gallery exhibits Phase 2, Snake, Stich 1. On their side, Keith Haring and Jean-Michel Basquiat are also taking over the walls of the city, but with a different strategy: they target the East Village galleries that showcase the most renowned contemporary artists. Haring draws his characters with chalk in the subway and Basquiat paints his acronym SAMO© on the walls right next to the most important galleries. And it works. In 1983, Sidney Janis - who is then the gallery owner of Abstract Expressionism and Pop Art – organizes the exhibition "Post Graffiti", with A-one, Jean Michel-Basquiat, Crane, Crash, Daze, Futura 2000, Keith Haring, Lady Pink, Don Leicht, Noc 167, Rammellzee, Kenny Scharf, Toxic... The biggest names in the history of American Graffiti. The train is in motion, Warhol becomes the guardian angel of Basquiat and Haring, their prices explode and they acquire an international recognition in the contemporary art world. Thus enabling an art coming from the street to find its place among collectors.

A more political approach in France

At the same time in France, two artists share the paternity of Street Art: Gérard Zlotykamien and Ernest Pignon-Ernest. The first one starts in 1963 to spray paint its silhouettes baptized "the ephemeral ones" on the building site of the "the hole of the Halles" in Paris, in reference to the individuals blown up by the atomic bomb in Hiroshima, leaving for only trace a shade on the wall! He denounces while remaining outside the system and the art market. He prefers to work without constraints, but refuses to define himself as an anarchist artist. "I am self-committed", he said, "I create neither a dogma nor a system". In 1966, Ernest Pignon-Ernest took the same idea of the silhouette burned by the nuclear explosion and stenciled it on the roads and rocks of the Plateau d'Albion in the Vaucluse, reacting to the project to bury nuclear warheads there.

From a pure and underground movement of “Writers” who take care of each letter of their tags, invent new styles, maintain rivalries between crews to be the most visible, mark their territory and make people talk about them, as well as committed acts of artists wishing to contest facts and transmit a political message, the trend will gradually open up. More than an artistic movement, the beginnings were therefore driven by the game, the forbidden, the adrenaline but also by a wish to protest, a desire to carry a message that will become a real trademark for some artists.