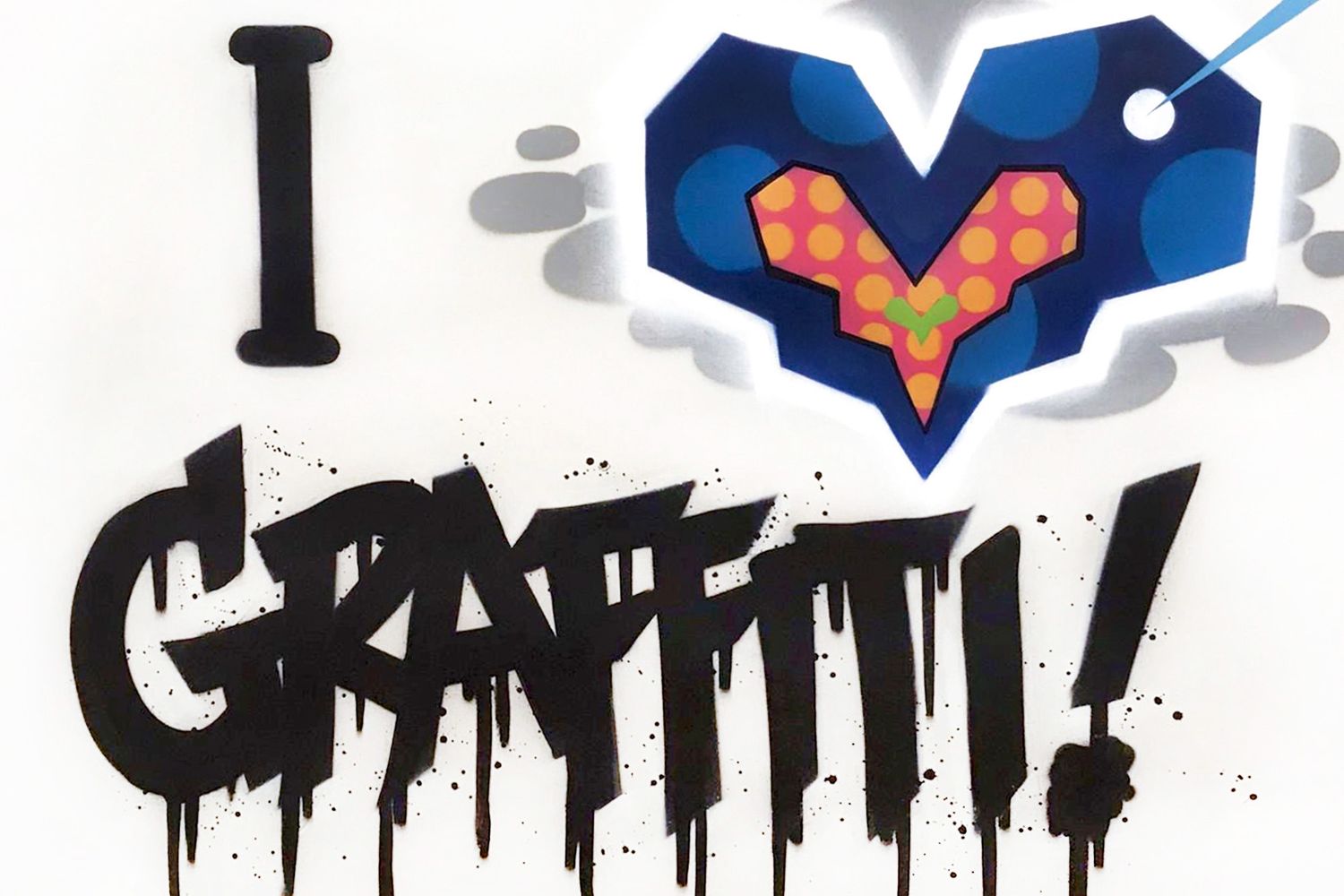 The Speerstra Gallery from Paris presents “I Love Graffiti”

Driven by the passion for the Post Graffiti movement, the Speerstra Gallery is proud to present the exhibition "I Love Graffiti" from September 10th to October 30th at the gallery from Paris.

"I Love Graffiti" is a declaration of love for this movement, its history, its artists and its different means of expression. Through a selection of works ranging from 2000 to 2016, the gallery offers a fascinating insight into the links between the audacity of a spontaneous practice and the development of a true artistic movement.

7 artists have been selected for their long-standing collaboration with the Speerstra Gallery: Bio, Crash, Daze, JonOne, Mist, Sharp, Stohead. Together, they have shared common passions such as hip-hop culture, Graffiti and Street Art for over 30 years and have contributed to the international recognition of this culture. These aspects have all led them to a fertile career, and today they are among the artists who have convinced institutions and the collecting public.

Wilfredo "Bio" Feliciano started his career in the New York subway in the late 1980s. His style was able to impose itself thanks to his explosive colors and his "wild" letters. He is a precursor of the diffusion of the Graffiti culture by creating the collective "TATS Cru". This collective brings together several artists from the New York scene who have carried out numerous large-scale artistic projects.

Rarely exhibited in France, his work "I love Graffiti" has inspired the exhibition. It symbolizes passion, the essential. Dominated by the neutral colors of black, white and grey, the painting highlights the contrast of the practice of Graffiti, and Bio's heart which lives to the rhythm of his graphics and colors. Bio's artworks in the exhibition are renewed with impactful motifs, warm vibrations and messages of love for Graffiti.

True ambassador of the New York Graffiti scene, John "Crash" Matos' career began in the heart of the Bronx. At the age of 13, he started painting trains and then began a studio work by painting on canvas in the 1980s. He participated in the first exhibitions dedicated to Graffiti Art: first in New York at the Fashion Moda (1982), Fun Gallery (1982) and Sidney Janis Gallery (1983), then in Europe with the Yaki Kornblit Gallery in Amsterdam (1983) and the Speerstra Gallery (1984).

Two works, two styles, complementary and inseparable. "East of her" is a work whose contours link with the pure graphics of the second work exhibited. Colours, patterns and letters come together to present us a portrait of the one who can embody the love of Graffiti. The second artwork "Art of the Line" is a tribute to Keith Haring's work on the billboards of New York subways. The most spontaneous, free and emotional expression.

From Brooklyn to prestigious museum collections, Chris "Daze" Ellis is a pioneering artist who has been a leading figure of the Graffiti since the early 1980s. He participated in many events alongside Jean Michel Basquiat and Keith Haring, and many appearances with Crash.

The artwork showcased is a large format which enables the artist to literally open the doors of his history. This work, with the sweetly evocative name "Subway dreams", takes us back to the genesis of the Graffiti movement. The support is a New York train car from the 1980s. The artist has played the game of vandalism, with aestheticism and dreamlike know-how.

A Speerstra Gallery staple since 1992, JonOne has conquered the international art market with his powerful and colourful works. Born in the Harlem district of New York, his career is atypical and his work has evolved in parallel with his adopted culture, hip-hop.

An artwork that is both magnetic and subtle, "Lions in Alaska" is dominated by the blue color. The frenetic accumulation of multi-colored motifs leaves a few patches of color surrounded by black lines. The density of the work delivers an obvious harmony.

French artist and pioneer in the edition of art toys, Guillaume Lemarquier aka Mist is one of the first Graffiti artists to have developed his art in volume. His work focuses on the aesthetics of letters, moving away from the traditional representation of Graffiti while keeping the original dynamism and spontaneity of the street.

From the first solo exhibition of Mist's career at the Speerstra Gallery in 2008, the work "Hulk" reflects the frenetic energy that animated the early days of Graffiti in France. Letters, colors, details and constructions fit together to bring the artist's "Hell Style" to life.

Aaron "Sharp" Goodstone is a key artist of the early New York scene, has been able to evolve his work thanks to his sharp mind. His singular story drives him to maintain the memories of civilizations, graphic and intellectual memories.

Sharp's work is presented in the exhibition is composed by shades of green. Green, the colour of hope, is broken down into light and dark shades. A tangled and complex alphabet stands out in the centre of the artwork like a carefully and consciously encrypted message.

Berlin-based artist, Christoph Hässler aka Stohead has been involved in the study of calligraphy in all its dimensions since his teenage years. He multiplies his approaches, refines his know-how until he has been able to propose a new dimension to the letters and words he cultivates with impact.

A striking work, a contrasting work, an obvious work, "Permanent" is the message that Stohead inscribes in his body and mind when he talks about Graffiti. Instantaneous, at once conspicuous and lost in the shuffle, this work stands out as the indelible mark of a passion.

The Speerstra Gallery welcomes you from Wednesday to Saturday from 2.30 p.m to 7 p.m and also by appointment.