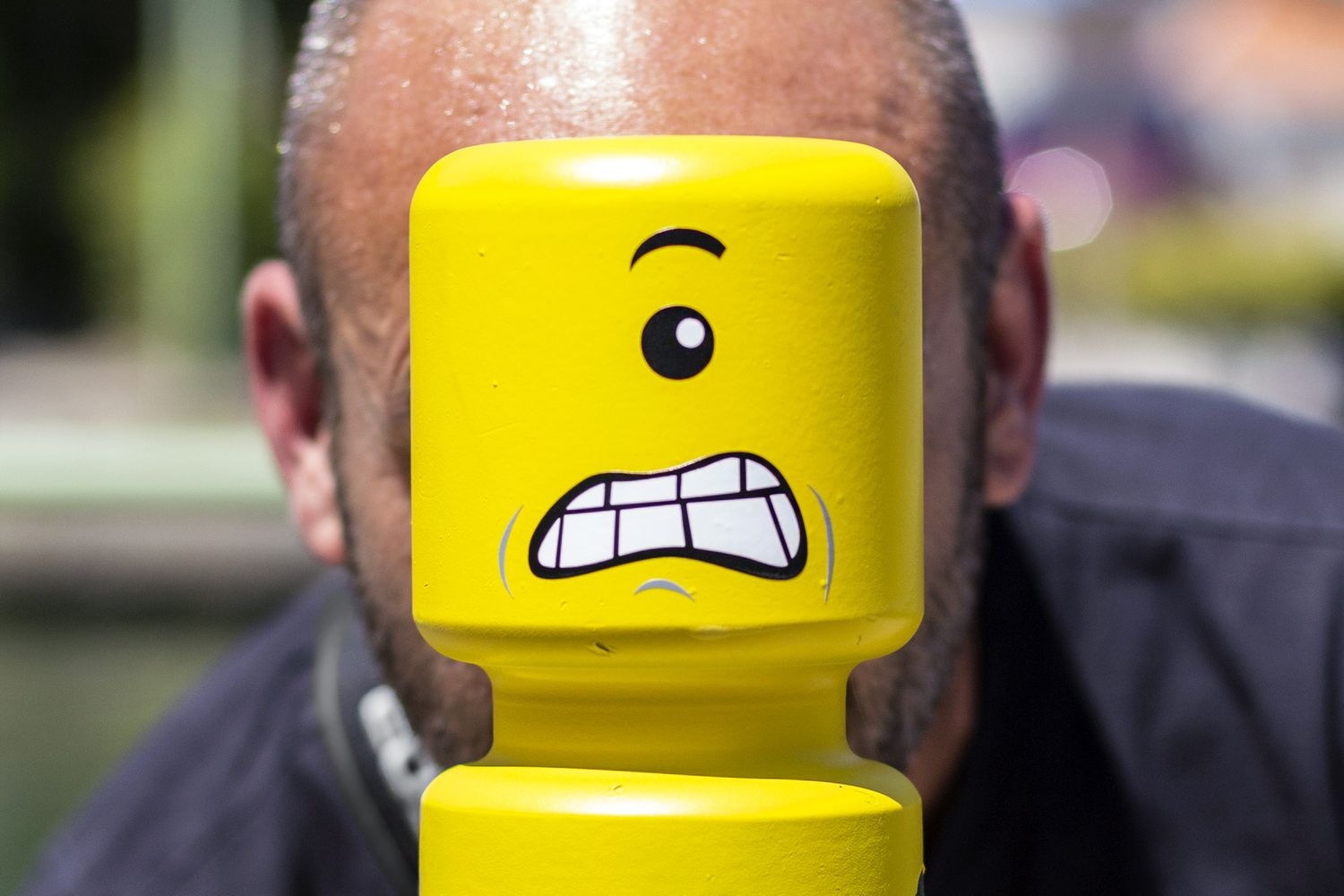 Le CyKlop: "My mission? To bring fantasy back to our streets!"

Created one night in 2007 in a square of the 11th arrondissement of Paris, the characters created by Le CyKlop were originally like a game. Since then, the artist never stopped having fun, whether in the street by hijacking traffic signs or anti-parking bollards into cyclops, Lego characters and various animals, or in his studio, by transforming this street furniture into collectors' items. Between humor, generosity and facetiousness, discover our encounter with the father of these strange CyKlops.

Your name refers to Greek mythology. Were you inspired by the movie "Ulysses" from 1954 or the cartoon "Ulysses 31"?

Ulysses 31 is clearly not from my generation, I was much more influenced by the movie "Ulysses" by Mario Camerini with Kirk Douglas which was shown on Sunday evening on the television. Moreover, in one of my exhibitions ten years ago, one could see extracts from movies about cyclops, including this one. But I also remember another movie that impressed me: "Creature from the Black Lagoon" which was the first 3D movie broadcasted on French TV in 1982 and for which the TV programs distributed polarizing glasses. A very old movie in which we could find cardboard monsters!

There is a lot of humor, references and winks in your work and in your assault on the street, is this part of your DNA?

Yes, I think that there is very little fantasy in the street, especially in the West, even though some projects stood out of course, such as the packaging of the Pont-Neuf by Christo and Jeanne Claude in the 1980s, or more recently, the Arc de Triomphe. The imposing statues tell the story in a very solemn way, except perhaps for the one of Goscinny holding a small Asterix in his hand in the 16th arrondissement of Paris. That's why I like to bring a little humor with my Cyclops paintings on the bollards. Often, people come to me when I paint in the street and ask me what it is for, but for me, the only real reason is to bring this fantasy and to make people laugh by sometimes making them become aware of this public space that is common to us! Gérard Zlotykamien - who was one of the first to paint with a spray can in the street at in the 1950s - once said to me when he saw people getting out of the metro: "You make people happy!"

For once, it's almost a public service mission!

Maybe! In any case, working in the street creates a social link and the way people look at Street Art changes a lot. I always take into account these times of meetings: in general, I know that I need an hour to paint my cyclops, but I always foresee at least two hours for these moments of exchange, even three if we end up in a bistro! In the city, there is this triangulation that exists between the home, the workplace and the place of consumption. In between, public space belongs to no one and everyone at the same time, which is why I take pleasure in hijacking these anti-parking bollards which are quite ugly.

On a technical side, do you make a link between the street and the studio?

It's the same thing, except that in the studio it's cleaner! In the street, I’m used to sanding the bollard a bit and I apply an undercoat of white if I have to paint it yellow, because this very bright color is not covering enough. In the workshop, I sand these posts that I recover, cut them out, bathe them in acid, treat them with a layer of anti-rust... They become objects to keep and collect, with a rendering close to a manufactured object. Some people who love my work are in a mindset of collection and may buy several artworks of the same series, sometimes of the same color... There are maniacs! There is a real diversity of artists among whom you have to find your place.

How did these drips, which have since become a signature, come about?

I developed them in the first place because I had to work very quickly on the street when it was not really allowed or tolerated. I imagined́ this stencil that gave the impression that the bollard was being painted: all I had to do was stick it on, add a bit of white and a stroke of paint on the eye stencil, only two minutes and it was done. I kept this principle in the studio but in a more elaborate way. When I work on the personalized bollard L'égo for example, I prepare my drawings on computer to make stencils and for the drips I just adapt them according to the diameter of the post.

Finally, can you tell us more about your latest project?

I won a call for projects from the City of Paris for the 17th arrondissement, passage Saint-Ange, near the Porte de Saint-Ouen. The installation, which I called "Mystery and gumdrops or the 100 eyes of Argos", was finalized last October and will be in place for four years. On the ground, the primary colors evoke the world of toys and transform the street into a huge game board where I have placed twenty large eyes made of recycled rubber granulate on which it is possible to sit, to jump on... I don't like contemplative works, on the contrary, the public must be able to touch them or play with them. Regarding the name of the installation, it refers to Greek mythology: the Giant Argos Panoptes, who has 50 eyes that watch and 50 eyes that sleep, had been commissioned by Hera to watch over one of Zeus' lovers transformed into a heifer. But having failed, Zeus cuts off his head and Hera then dispatches his eyes on the feathers of the peacock. My fantasy would be to tell this strange myth and to make a theatrical representation of it in the street with a real white cow and a peacock doing the wheel...

Discover the profile of Le Cyklop and his available artworks.