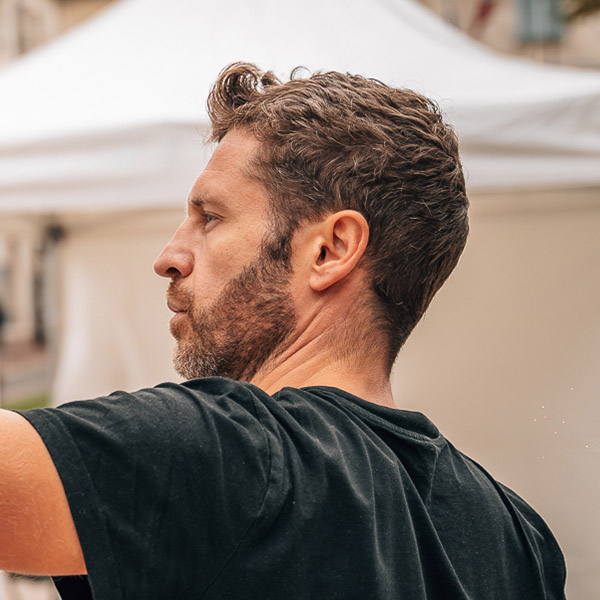 Also known as "Le Poisson", YOSH is a graffiti artist and illustrator based in Paris. As a child, he wasn't really into studying and preferred sitting at the back of his classroom where he drew all day long as if to escape his daily existence. Later as a teenager, he was influenced by the US hip-hop culture and started growing a strong interest in graffiti. The streets quickly became his playground to express himself.

Self-taught and inspired by artists such as Di Rosa, Miro, and Miyazaki, he has developed over the years a unique style where one can observe intertwined joyful creatures saturating numerous surfaces. With his daring use of bold colors, his work stages characters whose round and comical shape seem to have blended on our city walls. Through his minimalist yet hyper-colorful work, the artist shares an overall cheerful and vibrant vision of his imaginary world while questioning society and the world around us.

Inspired by Modest Art and Free Figuration, his work is intuitive, evolving and devoid of certainty. Yosh's optimism is genuinely contagious and is a reminder that creativity can even come in the most unexpected places. Since now, he has collaborated in various projects including Côté Sushi (2020), cosmetic brands Kiehl's and Clarins (2018), Ibis hotel (2015) and fashion label Swear (2012).