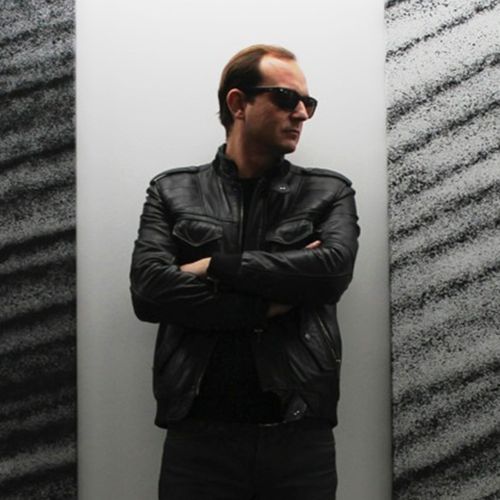 Born in 1979 in Paris. TANC has already exhibited all over the world. What characterizes him is the uniqueness of his style, a characteristic that we understand more when we learn that Tanc grew up with graffiti. He believes that street art is ephemeral and that the action is more important than the result.

For him "artist is a way of life", the investment must be total and the integrity absolute. At the beginning of the 2000s, he concentrates on studio work and immediately distinguishes himself from traditional graffiti artists by his work based on line. A research on synthesis. First of his name, then that of tags in general, then people, music, and finally his favorite subject: life. Essentially based on the line, his work does not try to be perfect but rather spontaneous. It is the state he is in that will define its density and rigor. His heartbeat activates his arm like a metronome, he doesn't try to control this flow but just to understand the composition that he makes appear in balance between his conscious and unconscious. He composes his music and his paintings in a spontaneous way. He is dense or light, rigorous or unstructured, Tanc does not play, he lives his art.

He signs his paintings Tanc as he signs the walls of his tags since adolescence. This discipline is first of all the instinctive outlet of a need for expression: he reappropriates the urban space by shouting his name to the city with force. Soon, the letters disappear and Tanc engages in an abstract formal research. By concentrating his work on line and color, he renews the classical pictorial research by confronting it with the primary vivacity of street art: preponderance of action, perfection of gesture, acceptance of chance and expression of a strong singularity. Above all, his works strike by their intensity, their musicality and the vibration of lights and materials. The action, energy and emotion of the artist touches the spectator in the most sensual, intimate and immediate way.