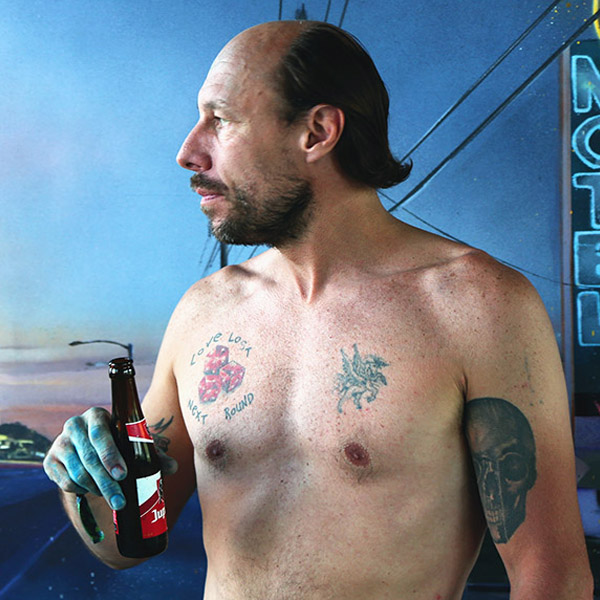 It all starts for SPYK in 1990 with a trip to New York. It is by exploring the street of the Big Apple that the Belgian artist (who was 18 years old) discovers the world of graffiti. A compelling encounter that will be like a revelation to him. Back from his travels, he rapidly embraces the pseudonym of Spyk and goes down to the street to impose his signature.

In 1995, the collector Georges Uhoda suggests to him to start painting on canvases in order for him to be able to show his works into the space of a gallery. From that point on, his career as an artist takes a decisive turn. He will progressively develop its technique until he has his own trademark style recognizable among all. After twenty-five years of practice, the rendering of his works is more precise and sleek, plus Spyk has developed a technique that is quite singular. Indeed, his works, produced from projections of paint from the spray can, give the impression that we are looking at photographs.

Light, whether natural or artificial, appears as a central element of his work. By superimposing numerous layers of vaporous colors, he has manage to tame the light such as the Old Masters. The obtained nuances tend to produce distinct atmospheres close to those conveyed in the paintings of the American painter Edward Hopper. These contrasts contribute to reinforce the realism of the scenes that are depicted in the works of the artist. The likeliness with the reality is such that one can qualify his work as hyperrealist.