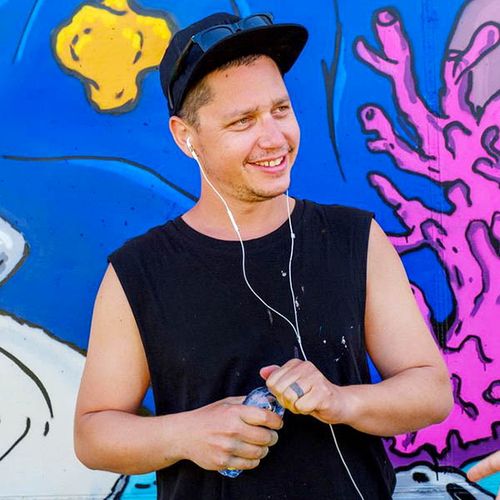 Born in 1983, PAUSER is an artist and designer from Czech Republic. He is a typical representative of the generation Y as he started by being a graffiti writer in the 1990s, meanwhile he was studying clothing design at the same time. Today, these influences from his background are the main cornerstones linked to his work and the name Pauser.

The earliest influence on his art; meaning the rise of Internet, computer games and channels like MTV; has been further potentiated in recent years due to the spread of digital technologies, the introduction of crypto-currencies and NFTs. His fascination for the virtual world is something that always reappears and shifts in his art. In that sens, his work has undergone a great development during these past few years.

However and while his post-graffiti work faded to the rhythm of funk, disco and groovy atmosphere in the past, his paintings now reflect the present, dominated by modern technology and augmented reality. Nevetheless and despite the progress of his art, Pauser always remains true to its distinctive style, full of colors, geometric shapes and hidden symbols. He has exhibited his work in Germany, Armenia, Aruba, France, the United Kingdom, the United States, as well as his native Czech Republic.