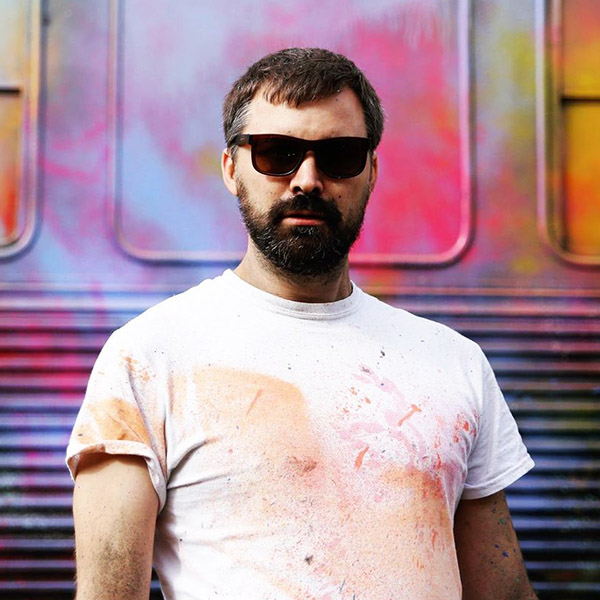 Graffiti artist since 2000, MAXIME DROUET has, during all these years, exclusively exercised his art on trains. Its name may not mean anything to you but you have seen it thousands of times, in particular by taking line H, from Gare du Nord to Persan Beaumont, Pontoise, Montsoult or Creil, or vice versa, via Saint- Denis, Sarcelles, Enghien-les-Bains or Epinay-Sur-Seine. You have also met them, his colleagues and him, not only on this line but all over France, all over Europe and across the world.

The artist's career took a brutal break when, one early morning in 2011, the tag group of the transport police burst into his home to accuse him of having painted, under the pseudonym Mank, trains, many trains and even trains painted by others, a habitual practice of this specialized service which generally leaves the good people indifferent. At the same time, the gray trains of the Paris Nord line were scrapped. Since his first paintings, Maxime Drouet has fortunately taken the time to photograph extensively, documenting a practice criticized but nevertheless consubstantial with modern graffiti. Of his epics, he made a first book, Matière Grise, dedicated to the late Petits Gris, published in 2012 in a thousand copies, quickly out of print and already appearing among the classics of the genre. Over the course of his wanderings, he has especially had time to question the beauty and the scope of all this.

From his trips to these places of relegation that are depots and train cemeteries, Maxime Drouet has revealed another reality. After his arrest, his photographs, some of which were taken a long time ago, took on a new meaning. “I was an actor in this movement. I was prevented from continuing to exist within it. I then became like a ghost. I went to the other side. Wandering. To try to participate differently in this one. To have this feeling of always existing ... Just like a specter, I try, in the cemeteries of trains, to relive what I loved. I haunted these places to capture those final moments when their mechanical souls mixed with the latest colorful tributes hug and go extinct.? I started painting, ended up extinguishing myself. I was happy, alive, full of energy. But the killing of my partners actually engendered mine. I found myself without a playground and with the sword of "Justice" above my hand. I wanted to put myself in the shoes of people, to make them love what they do not approve of and sometimes condemn . I also selfishly try to be able to talk about my old comrades again, to pretend they are still there. When there is nothing left, only the memories remain. Life is short and we die a long time ”.