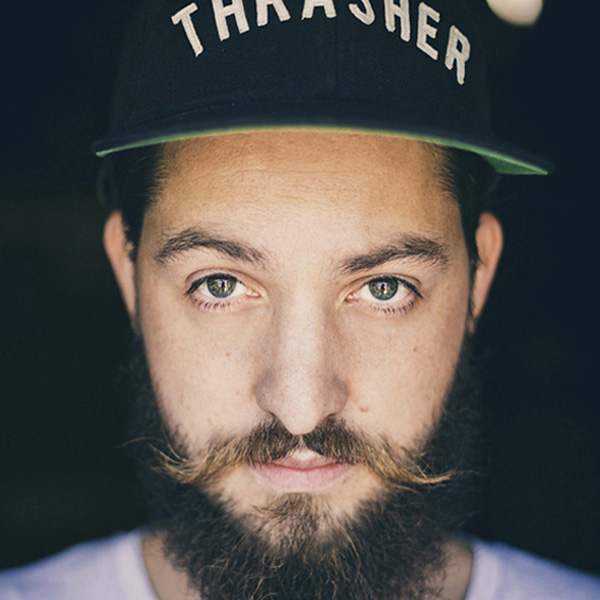 With a background in graphic design, ETSI evolves in a world influenced by the streets and inspired by comics, skateboarding and cartoons of his childhood. Cradled by this culture and raised in a Rock environment, he makes his characters evolve in a narrative situation, waiting for the imagination and reflection of the spectator to unfold.

For him, drawing started naturally with his first pencil and the first comics in which he reproduced his favorite heroes. For the simple pleasure of giving life to characters, as if they were inviting themselves on the paper. This notion of pleasure, surprise and interaction with his characters is the main thread of his works. He discovers them by drawing them, establishing a strong bond with them during the time of their creation and then proposes them to us so they tell a story to oneself, letting them live their lives.

The cartoons of his childhood fascinate him, they mix violence and humor, articulating this antagonism between the softness of the line drawings and the brutality of the actions. So don’t be surprised if you come across his mutilated but smiling characters, with their arms cut off and smiles on their lips… Etsi offers as many stories and readings as there are spectators; colorful murals of atypical characters. A sort of comics in a single box, that everyone tells in his or her own way, echoing the memories of our childhood.