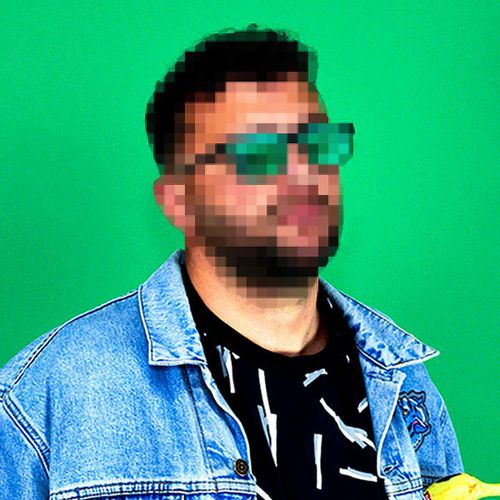 Born in Murcia, DANTE ARCADE is a Spanish graffiti artist who currently lives in Barcelona. He began to paint his first pieces in the mid-90s, motivated by urban culture and as a consequence of listening to rap music and skateboarding.

Since his childhood, Dante Arcade has always been attracted to drawing, inspired by many comics, anime and cartoons, making his way through different paths and feeding himself from different sources. His main influences have their origin in the 90s, with New Wave, the Memphis design movement and the golden age of arcade video games which had a huge impact on his imaginary and his artistic practice.

His work is not only fed by vintage and nostalgic but also by everything related to virtual spaces, retrofuturism or Vaporwave, the digital subculture born from the codes of the internet and the Web. Dante Arcade is used to merging different records, somewhat like a cocktail with the spirit of Miami Vice, the Pop Art aesthetic, the arcade games world and the classic comic, along with the culture of graffiti and virtual spaces.

Vibrant colors, Internet codes, arcade aesthetics or vector patterns typical of the 90s are frequent in his work. However, Dante Arcade has never lost the essence of the street where he began as a child and that he continues to use as a free space for his artistic expression. Let’s you guide through the colorful world of Dante Arcade!