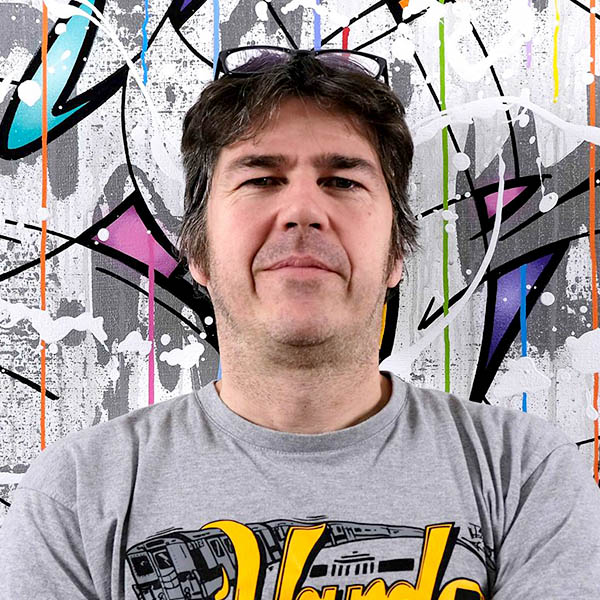 Michel Pietsch aka CREN was born in 1970 in a French-German family near Hannover but he has been living and working in Berlin since 2009. He discovered Hip Hop culture and graffiti art in the 80s through travels in France, and began shortly thereafter to make sketches in a 2-D semi-wildstyle. In 1989 he held a spray can for the first time. Almost 30 years later, he has created numerous works in the public space and has exhibited his paintings in 14 countries on three continents.

Having started out making large-format, wildstyle graffiti in urban space, Cren’s writing and lettering eventually found its way to his studio. Here, old and new techniques evolve through various formats, with a persistent painterly approach. In addition to freehand painting and the use of spray cans with stencils, dripping paint and brush strokes are worked in, a mixed technique of the artist‘s own invention, through which numerous painted layers accumulate progressively.

In Cren’s work, lettering, Pop Art figuration and informal art mingle together in compositions characterized by the harmony and balance of different forms, styles and colors, without relinquishing the importance of letters. His style is unmistakable: his compositions invite the viewer to decipher the complexities of his art.