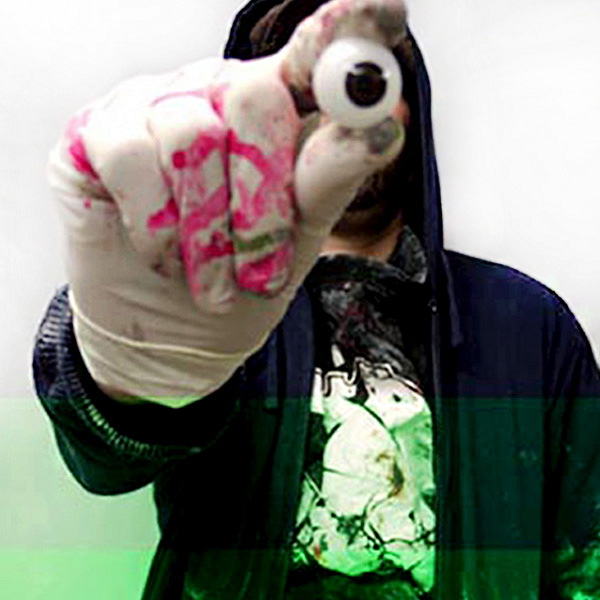 Born in Paris in 1973, BOM.K started graffiti at 17 years old, via the sacrosanct bibles which are « Spray Can Art » and « Subway Art » of James Prigoff, Henry Chalfant and Martha Cooper. Under the influence of the pioneers of this age, he initiates himself to the grammar of the movement on walls, wastelands and trains of his district where he multiplies tags, throw-ups, and frescoes with a strong New Yorker inspiration.

In 1999, he founded with Iso and Kan the crew "Da Mental Vaporz" and he started to produce a more personal and intimate graffiti. Padded isolation room, nightmarish concrete bar, scrawny B-boy with a sinister look. The universe he is developing on huge frescoes is just like his world: brute, dirty, violent, suburban.

Since, Bom.K develops his infernal bestiary and he multiplies artistic experimentations out of industrial wildernesses. He realises his first exhibitions (Paris, Los Angeles, Berlin…), he releases a noteworthy illustration book, he creates statuettes, prints and posters he sows all around him.

Today, his work is focusing on cinemascope size canvases, on which he spreads his imaginary, the themes dear to him and to quote one among others, the famous insane Aerotiks, with nude bodies and sensual hybrid chimeras which seems to be escaped from a Francis Bacon, the Gonzo imagery additionally. If we stare at them long enough, they seem to breathe, coming to life and crawling towards the viewer.