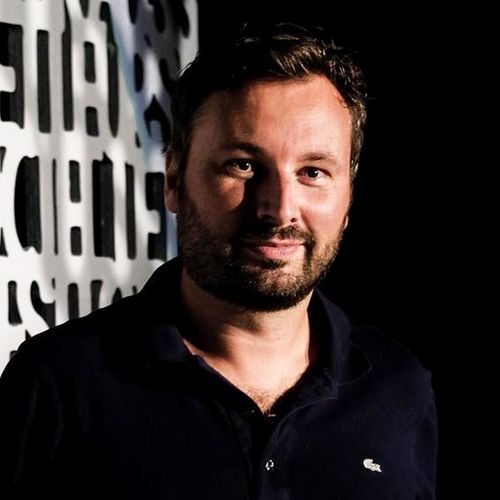 Born in 1980 Arnaud Puig aka ARDPG is an artist from Bordeaux. In the mid-90's, he started graffiti and begins to write in the city and in the vacant lots of his neighborhood..

At the beginning of the 2000s, he starts studying art history at the faculty and this will nourish his love for art. He then decided to start a work on canvas where he will combine his passions for architecture, lines and words. He then left Bordeaux for Paris where he lived and worked for 15 years as an assistant to a great designer, but also in his studio where he began to produce works visible in galleries. In 2015, he decides to return to Bordeaux with his family while continuing his artistic career.

His artistic universe is still anchored in the history of art and he always tries with his words or visual contrasts to dig the surface of things in order to show that what we look at is only a part of creation and it is up to us to look further to get artistic answers. Today, ARDPG exhibits his work in galleries and museums in France and abroad.