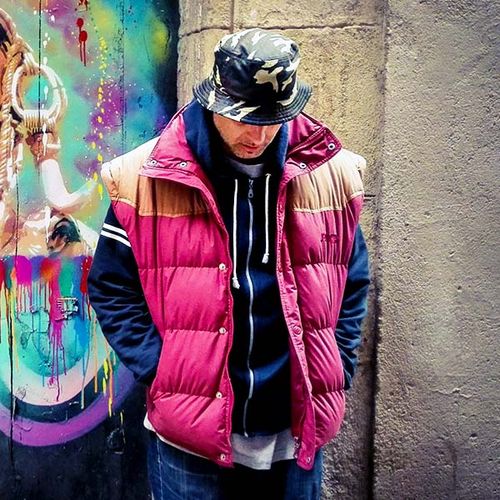 Self-taught artist, AKORE is considered as one of the most active and well-known street artists in Barcelona today. He started painting at the end of the 80’s, at the same time Hip-Hop exploded in Barcelona’s suburbs where he grew up. During that time, he started to work on his first sketches, illustrations, calligraphy, typography, tags and graffiti.

He is particularly known for his colorful, powerful and expressive Afro graffiti. His unique style is included in post-graffiti and has been called primitive, tribal, abstract, hip funk, electroafropunk, creating a style called “Afrocolor”, which has influenced other artists.

His portraits and paintings of African tribal women echo the soul of Mother Africa, with whom he has always felt spiritually connected. His work is clearly influenced by urban culture, Hip-Hop, Afro-American social movements, by African aesthetics, pop art and graphic design. His work has been published in different international media such as National Geographic, MTV, Time Out... and has appeared in the documentary series “This is Art” on TV3 and has exhibited his art in Spain, France, Singapore and Germany.