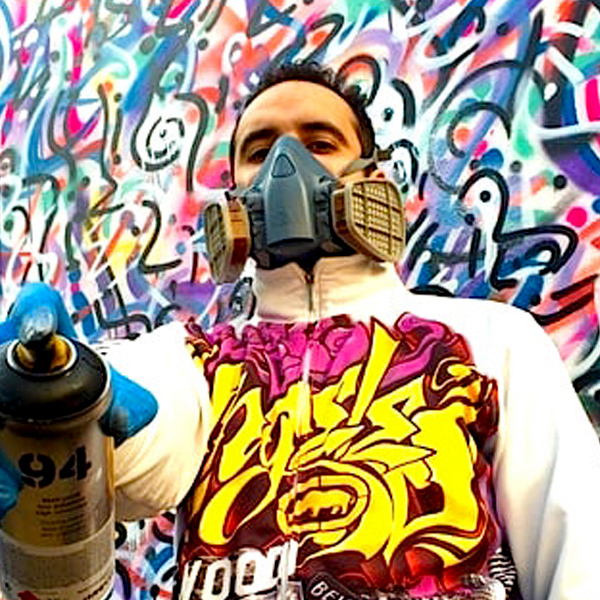 Born in 1984, ZOKATOS grew up in the Paris region. In high school thanks to a friend, he began to take off by drawing the lettering of his nickname Zoka. Being of Portuguese origin, he attached the syllable "tos" and as a joke added the final "UHU" because he says "it's the name of my crew who put up posters, it means An Urban History." From now on he will sign by this pseudonym "Zokatos UHU".

Cradled by the counter-culture of the 90s, he meets his best friend, and naturally turns to the street as an original ground for expression: from graffiti he kept his brutality, its evocative strength and a certain conception of painting. From the wall to the canvas, he was introduced to several disciplines: sketch on paper, stencil, painting, sculpture ... not to mention the success of his artoyz which led him to stick his "abstractions" in the street.

His work then evolved, while retaining the tools of street art - markers and aerosol bombs for the most part. He defines his own style as a "modern abstract expressionist", for whom the street remains the purest of galleries. Of his abstract and colorful compositions, full of energy and emotions created while listening to hip-hop music, we retain the harmony between the colors and the lines, the dots, the semi-circles, the drippings ... Mixed techniques (oil, watercolor, ink, gouache) are quite molecular and based on pigment melts and drying times.