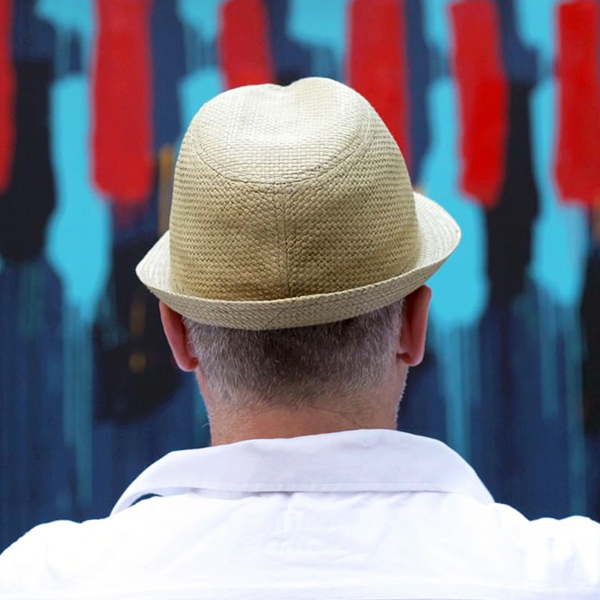 Also known as Mambo, FLAVIEN DEMARIGNY was born in Chile in 1969, from a Hungarian mother and French father. He grew up in Latin America and started his artist career in Paris. He lives and works in Los Angeles, California.

His artistic universe is influenced by the graphic and colourful trends of new wave, pop culture and punk - but also by the journeys and encounters that mark his artistic career that he began in France. From the railway, lines he began to tag at the age of 15, to trips abroad (Senegal, India, Chicago) during which he collaborates with local muralists, Flavien experiments with different forms of expression. The strength of the collective is for him a source of encounters, exchanges and sharing. He was part of “La Force Alphabétique”, then joined the “9th Concept” in 1998, while exploring more freely his own imaginary in the intimacy of his studio. The Peinture Fraîche group exhibition in Beaubourg in 2007 acted as a real catalyst : the live creation in front of the audience pushed him to bring together all the aesthetic paths he had explored until then to converge them into a creative universe full of strength, humour and poetry.