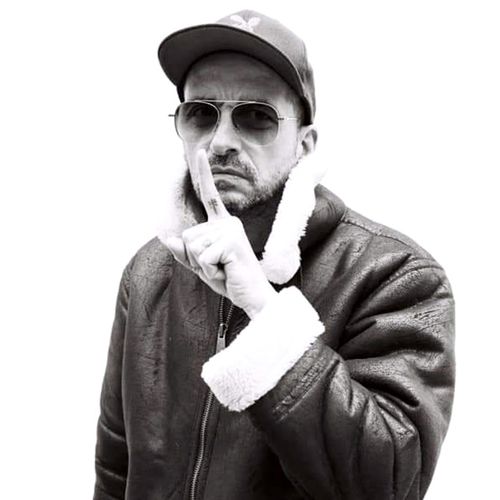 Loïc Le Floch aka FENX (pronounced Phoenix), is an urban artist born in 1974 in the Hauts-de-Seine. As a child, he was rocked by the comic book culture, Japanese mangas and the European comics of the 1980s. Without restrictions, he was influenced by his grandfather who painted and left his chalk or charcoal drawings on the walls and by his father, who also drew. As a teenager, he became fascinated by the urban art movement through hip-hop, skateboarding and was introduced to Graffiti and Street Art, defying the ban by creating his pseudonym FenX in 1995.

He then gradually abandoned the walls and urban spots to devote himself to work on canvas, a medium that allows him to perpetuate his creations, to express himself differently and to try new things, impossible to achieve outdoors. The artist is fascinated by Roy Lichtenstein, Warhol, Soulages and Crash. Through his work, he revisits the masterpieces of the Pop Art movement, transcribing urban energy onto his canvases while introducing points of reflection on society through hidden phrases, winking drawings or clues contained in the titles of the creations. From his background in graffiti, he keeps the use and repetition of words often describing memories of his own life.

The recurring topics in FenX's work are female figures: he captures the beauty of women by highlighting strong symbols. His universe, steeped in Japanese culture and the American dream, deals with the themes of love, break-up and depression, in other words the theme of the Trinity: "birth, death, rebirth". The reflection that results from this work is an awareness about the power of the ego, of the mind on the human condition, of suffering but also of socail issues linked to mass media.